All that Celeste Wilder ever wanted was to find someone who would sweep her off her feet like she had seen in countless romantic movies. When she meets the gorgeous and mysterious Constantin brothers her senior year of high school, she gets much more than what she had bargained for. As they introduce her to an exciting supernatural world that she never imagined existed, she makes a startling discovery about her own family legacy and is forced to make a decision that will change her life forever.

G.K. De Rosa has been an avid reader from a very young age. At the precocious age of two, while living in Italy, she had memorized an entire children’s book in Italian and expertly turned the pages at the exact right moments of the story. As she grew up, she always enjoyed literature, no doubt having been instilled with a love of story telling from her early years in Catholic school where she was greatly influenced by exemplary teachers who taught her the value of English and Literature. Though she did not pursue writing in college and instead went for the more traditional route of International Business inspired by her love for travel and all things foreign, after a move to New York City, she found her creative writing side calling once again. She began writing a restaurant review blog, City Lights and Tasty Bites, detailing her other passion – food! The hectic hustle and bustle of the city, combined with long commuting times gave her the opportunity to spend more time reading and rekindled a lost love. After reading countless books in many diverse genres over the two years in New York City, and returning to her home state of Florida, she felt compelled to write something for herself. She had always felt particularly drawn to Young Adult novels and having been an eternal romantic at heart, a fantasy romance was a natural choice. She currently lives in South Florida with her real life Prince Charming and their fur baby, Nico the German shepherd.

The Vampire Diaries – Fell’s Church or Mystic Falls, depending on whether you’re the book or TV show fan seems to me like an exciting place to live. Ok sure, you’d have to deal with living in the middle of the ley lines were all the supernatural craziness converges, but come on, you get to hang out with Damon and Stefan Salvatore! And let’s be honest, you’d more than likely get turned into a vampire, werewolf or find out you were a witch than staying human for long.

The Mortal Instruments – The world of the Shadowhunters seems like a pretty intriguing place to me. I would love to be a kick-butt shadowhunter like Clary and Jace protecting the unknowing mundane world from supernatural threats. Plus there’s Idris, which seems like a pretty awesome place to hideout when the real world gets too crazy.

The Hobbit – Who wasn’t mystified by the magical world of Bilbo Baggins in Middle Earth when they first read this classic as a child? The tale of adventure filled with dragons, trolls, and magic that Tolkien weaves is enough to leave anyone wanting to join him on the journey to Lonely Mountain, even if that means getting by Gollum.

Harry Potter – A classic for all ages, Hogwarts just seems like a super fun place to go to school. Learning magic all day long and having a magical pet owl and getting to live with all of your friends all year round sounds amazing! Sure, sometimes a wicked teacher wants to try to kill you or the evil wizard Voldemort is after you, but with friends like Harry, Hermione and Ron, you know somehow you’ll always pull through.

Outlander – Scotland in the mid-1700’s? Sure why not, as long as I have the handsome Jamie Fraser by my side. To me there’s just something so splendid about the pomp and circumstance of the 1700’s – the big dresses, riding in horse-drawn carriages, and sword fights! Yes, life is much more risky and people died from the flu back then, but that’s what makes it all so exciting!

Divergent – It was a toss up between the two dystopian worlds of Divergent and Hunger Games, but this one won out because I’d rather be divided into factions than be forced to possibly partake in the Capitol’s Hunger Games on an annual basis.

Vampire Academy – Attending school at St. Vladimir’s Academy seems like it would be a blast! I’d of course want to be one of the spoiled royal Moroi and not the Dhampirs like Rose and Dimitri who have to give up their lives protecting them. I’d love to be able to use magic and take classes based just on that. Sounds like a great high school experience to me!

Deja Dead – The world based on the real life crime stories of forensic anthropologist Kathy Reichs is one that I find truly intriguing. The TV show Bones is based on her books, and I absolutely love a good crime to solve. And with sexy FBI agent Andrew by my side, I’m sure I’d put away quite a few bad guys!

The Lion, The Witch and The Wardrobe – Narnia was another one of my childhood favorites! I remember reading it as a child and feeling like I was being transported to a fantastical faraway place along with Peter, Susan, Edmond and Lucy. The magical land with all of its splendid creatures made me fall in love instantly. And to think it could all be reached by walking through a wardrobe!

Wilder – Ok I know I could be a little biased, but I would love to live in Oak Bluffs with Celeste and the gang. I could round out the group by being a powerful witch and help Celeste defeat humans against all the evil supernaturals. And then there’s Astor, it seems like the most idyllic place to live off the rest of your life once you retire. I’m totally in!

“Okay so Dani pointed Nico Constantin out to me, Celeste. Let’s go introduce ourselves,” said Natalie, grabbing Celeste’s arm excitedly.
“Who’s Nico Constantin?” asked Brian returning his focus to the conversation.
“Oh you know, the mysterious stranger Celeste bumped into at the library over the weekend.”
Celeste noticed Brian’s face tense up, but he coolly shrugged it off. “Nope never heard of him.” He looked at her disapprovingly.
“Oh yeah, I guess it must have slipped my mind,” said Celeste.
“Well, I’m going to grab a beer. You girls want something?” asked Brian.
“Sure!” the girls said in unison.
As soon as Brian walked away, Natalie hurried Celeste over to the cramped kitchen. She pointed at the back corner of the apartment where a tall dark-haired boy was talking to a group of giggling girls.
“Look, is that your mystery man?” asked Natalie.
“I’m not sure,” answered Celeste trying to get a look over the crowd on her tiptoes. “He has his back to us so I can’t see his face.”
“Well get over there Celeste! It looks like you’re going to have to get in line to talk to him. Look at all of those girls all over him!”
Celeste’s heart was pounding as she stared at the dark-haired stranger from across the room. “I don’t know about this Nat. What am I supposed to say? ‘Uh, hi, I’m the girl who bumped into you in the library, nice to meet you’?”
“Who cares? Just get over there! Come on, I’ll go with you.” Natalie pulled Celeste by the arm.
The girls made their way over to the other side of the apartment, weaving through the dense crowd of college students and stopped a few feet away from their target.
“I can’t do this,” said Celeste.
“There’s no backing out now,” said Natalie as she squirmed through the crowd with Celeste in tow and tapped Nico on the shoulder. He turned around with a stunning smile and Celeste found herself face to face with him.
“Well hello ladies, how can I help you?” he asked, warmth exuding from his voice.
Both girls were silent for a moment as they stared in appreciation of this gorgeous and impeccably dressed young man. His aqua button-down shirt was meticulously ironed, and his midnight blue designer jeans seemed custom made. He was tall, his short black hair neatly gelled back, with matching dark eyes and a teasing grin that would melt any girl’s heart.

Click on the Xpresso logo below to see the rest of the tour. 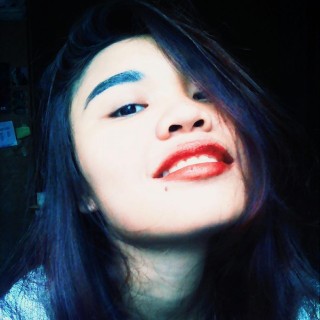 Danissa of House Macaraig, First of her name, First Daughter of the First Daughters, Slayer of Shadows, Tamer of Dragons, Khaleesi of the Tabby Cats, Calmer of Storms, Creator of Worlds, Hoarder of Books, Maker of Mischief, The Dauntless, The Unbroken, Queen of The Booklandia.